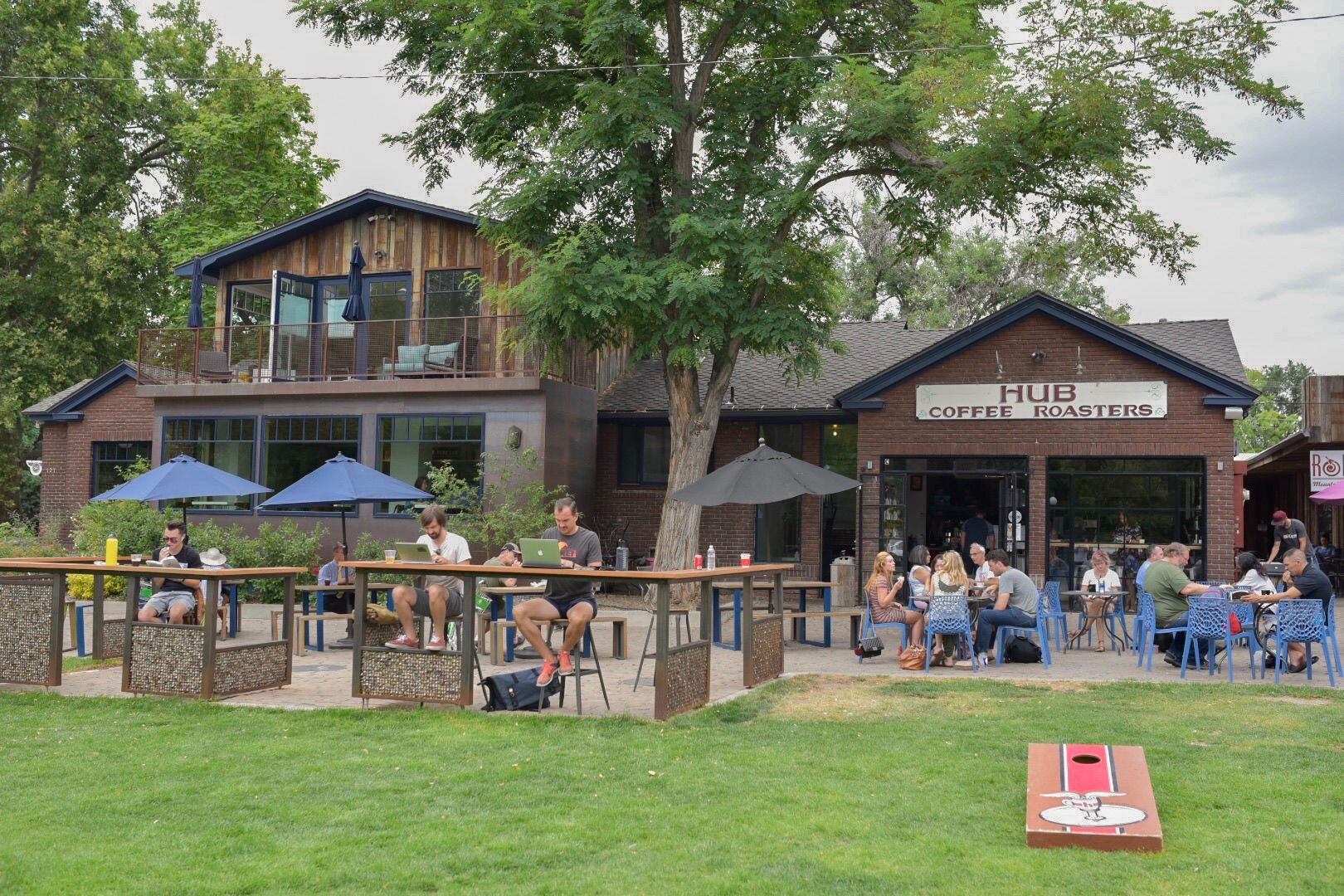 It's always been about the coffee and the community. In 2009, Mark Trujillo and his two kids Joey and Jessica had an idea. They were going to start their very own coffee roastery in Reno, NV. It was a novel idea at the time, and they were the first to pursue it in the area. Originally located in a tiny garage at 32 Cheney St., it became the go-to spot for on-the-go cyclists and commuters.

A decade later, Hub has grown out of its humble beginnings into three, much bigger coffee shops around Reno.

Since 2012, Hub has been roasting its own coffee, preparing tiny batches one at a time in a small, one-pound sample roaster. Soon after, we began roasting in the big leagues, with much bigger San Franciscan SF-25 roasters. And in 2014, we began sourcing our own coffee, building relationships with farmers and producers in Guatemala and Colombia.

Mark and Hub employees continue to travel out to meet with farmers personally three or four times a year to learn more about the coffee’s source and the wonderful people who produce them.